By Erik Smith, MD – physician at Sheridan Memorial Hospital’s Emergency Department
Newsworthy stories about pharmaceutical misuse and abuse can add an extra layer of complexity to our daily doctor-patient interactions in the emergency department.

Take these real exchanges for example:

Doctor to patient: Your heart is stuck in a very fast, abnormal rhythm. The treatment is to shock it back into a normal rhythm. Since this is uncomfortable, we will briefly sedate you with a medication called propofol.

Doctor to patient: There is a very good chance you broke several bones around your ankle. Let’s get some xrays and start an IV so we can give you some pain medication.

Doctor to nurse: Would you please start an IV and give 50 micrograms of fentanyl.

Patient: Fentanyl? Oh no… not that dangerous drug. Absolutely not!

Doctor: It sounds like you keep up on the news…

Medications such as ketamine, propofol, and certainly fentanyl have been to blame for many tragic deaths over recent years, giving them infamous notoriety. The CDC, for example, reports as much as ⅔ of the 100,000 overdose deaths over a 12 month period ending a year ago are believed to be due to fentanyl. This has caused some in the general public to perceive these pharmaceuticals as very dangerous drugs of abuse without legitimate utility, similar to schedule I drugs like methamphetamine or heroin. Unlike methamphetamine and heroin, however, these agents are very commonly used class II and III medicines. They are used on a daily basis in every emergency department and operating room in the country. Chances are if you broke a bone, ruptured a vessel in your brain, or suffered a bad burn, you would be given fentanyl in the emergency department. If you needed further sedation, you would be given ketamine or propofol.

Fentanyl can be compared to fire. When in a fireplace, fire can bring warmth, comfort, and security. It can even save your life. When blazing through a structure or neighborhood, however, fire can have catastrophic effects on property and life.

Recreational, or otherwise abused, fentanyl is certainly dangerous. It is classified as an opioid, similar to morphine or oxycodone. It is more potent than other opioids. Therapeutic doses are in micrograms and the lethal dose is considered to be around 2 milligrams. The adverse effects that contribute to death are shallow breathing (respiratory depression) and low blood pressure (cardiovascular collapse). Abuse potential is relatively high as there is a dependence formed with prolonged use. Withdrawal can be very uncomfortable. One trend that has contributed to the increase in unintentional deaths is the addition of unknown quantities of fentanyl to other substances. Drugs or counterfeit pills obtained on the street could have lethal doses of fentanyl added.

Fentanyl, when administered appropriately in the emergency department, on the other hand, is actually safe and preferred over similar pain medications. It is fast acting and has less side effects than other opioids. It is even frequently given by nasal spray to children who need quick pain management, typically following trauma. It was developed over 60 years ago and has been used extensively in healthcare facilities for decades. Fentanyl is a preferred pain medication for paramedics as well.

Many safety precautions are in place when fentanyl is given by a professional. Nurses and paramedics verify the dosing and administer from small vials or prefilled syringes. For an errant high dosing to occur, multiple vials would be required, which would raise warning flags. Patients are typically monitored closely following administration. Equipment to assist with breathing and reversal medication (naloxone) are on hand if there are any signs of adverse effects.

Learn more about our Emergency Department and services by following the link:  https://www.sheridanhospital.org/medical-services/emergency/ 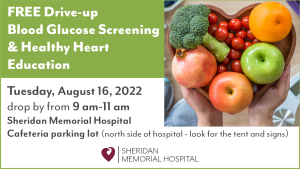