Many people in this community know the name, Mark Ferries and recall him as a fourth generation undertaker with the former Ferries Funeral Home. However, there are fewer who realize he is a competitive team roper. Mark was a latecomer to the cowboy arena; he started roping just 16 years ago after he turned 50.

“Becoming a cowboy was what I always wanted to do,” says Mark. “I grew up around farming and livestock – we always played at being cowboys when I was little. I had ponies when I was in junior high school. I finally bought my first roping horse in 2000.”

As is often the case with competitive sports involving horses and riders, Mark is no stranger to Sheridan Memorial Hospital’s Emergency Department. His last trip to the Emergency Department involved a serious accident, which occurred while he was starting a three-year-old colt.

“I was out working with the colt in the early morning on July 1, 2016,” says Mark. “The colt had been making good progress. I was riding him around inside the round pen when he turned skittish and bucked me off. When I hit the ground, my right shoulder dislocated, and my rotator cuff and bicep were completely torn off.”

At the time of the accident, there was no one around except Mark’s 11-year old grandson who was still sleeping. Fortunately, his wife, Colleen was volunteering in the surgical waiting room at the hospital that morning. Pushed onward by that knowledge, Mark removed tack and saddle from the colt and let all of his horses out to pasture entirely on his own. He then rustled his grandson who got Mark buckled into the driver’s seat and started the truck’s engine for him. Together they made the longer-than-ever-before five-mile journey into town.

By the time Mark got to Sheridan Memorial Hospital’s Emergency Department, his pain was intolerable. Morphine was administered, but it didn’t even faze Mark’s pain. It wasn’t until X-rays were completed and doctors popped the shoulder back in place that he began to feel a measure of relief. Mark’s injury still required surgery.

The anesthesiologist assigned to Mark’s case used an interscalene nerve block under ultrasound guidance with Exparel, a long-acting anesthetic and the most advanced form of anesthesia available today. The use of a long-acting pain anesthetic reduces the amount of oral narcotic medicines a patient would typically receive, resulting in a much more comfortable experience after surgery.  Anthony Quinn, MD, board-certified orthopedic surgeon with Sheridan Orthopaedic Associates performed Mark’s surgery at Sheridan Memorial Hospital.

A few days after surgery, Mark began outpatient rehabilitation at Sheridan Memorial Hospital’s Wyoming Rehab Department with Physical Therapist, Tony Smith. From the start, Mark told Tony that he wasn’t going to stop rehab until he got his roping shoulder back.

“I’ll admit that I was somewhat skeptical that Mark’s goal was achievable,” says Tony. “It’s not always possible to regain full function after a severe injury like his. However, Dr. Quinn did a remarkable job repairing Mark’s injury, and Mark was dedicated and committed to complying with the physical therapy program that we designed for him. Those two factors made all the difference.”

An upper extremity injury with a small tear typically takes about four months of rehab to regain full function. Due to the degree of Mark’s injury and repair, Mark was in rehab three times a week for ten months.

“Rehabilitation for a bad tear involves some pain and a lot of hard work,” says Tony. “I admire Mark for his determination and perseverance.”

Mark is back to swinging a rope again and plans to competitively rope in the future.
“I don’t want to quit because I was thrown from a horse. I’ve been thrown by a horse on more than one occasion – accidents that could have potentially been deadly,” says Mark. “I just appreciate that God always seems to be watching out for me.” 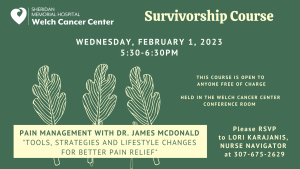 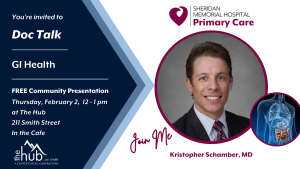